Set on a dying alien world, Exocraft.io is a new kind of IO game that places you in command of your very own space ship mining fleet. Design custom spaceships, manage your crew members and command the elemental powers of your army of worker drones to defeat the ancient guardians that cover the alien landscape. Engage in action-packed battles and use your strategy (and a bit of luck) to conquer the richest deposits of resources throughout the ever-growing world. Or, team up with friends to test your skills in competitive gameplay modes as part of this dynamic open world full of danger and untold riches.

Let your imagination run free with nearly limitless combinations of ship parts, paint colors, upgrades and other customizations to create your own unique spacecraft for strategy, looks and total domination.

Command your hordes of drones in epic space battles against ancient guardians for valuable resources. Compete with other pilots for the most valuable deposits of crystals, gems, elemental cores and scrap spacecraft parts, or team up to take on the most fearsome of guardians, bosses and other enemies.

One mining spaceship is great, but in Exocraft.io you can design and build an entire fleet of spacecraft. Manage each starship’s crew members, command your elemental drones and expand your space mining empire to become the ultimate space tycoon.

This alien world is an unforgiving desert wasteland, and not all pilots makes it out alive. Hone your skills and strategy as you build up your defenses to survive and prosper as the ultimate space mining fleet and space management tycoon.

TEAM UP WITH FRIENDS

It’s dangerous to go alone into the vast desert. Dangers are at every turn, so team up with friends to take on the most dangerous and valuable of guarded mines, bosses and more. Or, enter your best spaceships in the competitive Team Race mode where you and others compete for the most resources in an exciting race against time.

Build an alliance of the best pilots to challenge yourself to new heights as part of monthly tournaments, rankings and more. Squad chat helps you to organize around common goals and defeat your enemies with even more deadly precision.

Exocraft.io is a true massively multiplayer online game (MMORPG) where your progression is saved and everyone shares the same massive world. Instead of splitting the world between servers like most IO games, the game world grows and shrinks to match the online players, meaning you can always play with everyone and compete for the same resources in a truly unique gaming experience. 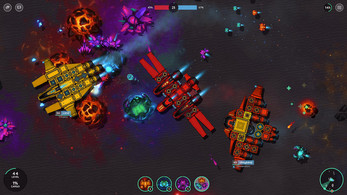 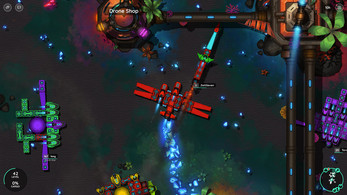 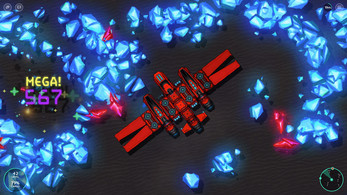 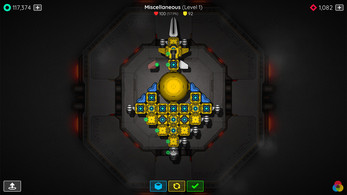 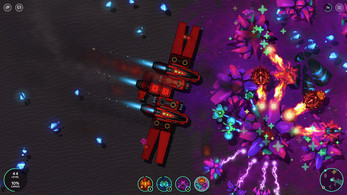